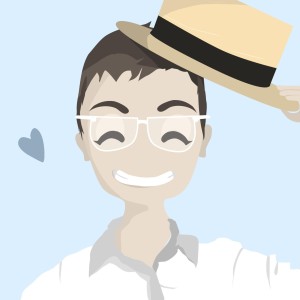 The Vision of Paths of Savage Gods

The life of a game master (Dungeon Master / DM) is not an easy one. His godlike power goes hand in hand with a lot of work. At the same time, Pen & Paper is supposed to be a game and entertainment!

Before the fun begins, the dedicated game master must first search for a map or even draw one himself, then he loads it into an online tool of his choice, lays a grid over it, and perhaps even takes the trouble to make configurations for lighting and lines of sight. If he has an extended game evening coming up, he often can’t predict where the adventurers will end up and which maps will be needed, despite his divine intuition. At worst, he may then make a scribbled sketch of the surroundings on (digital) graph paper. Not for perfectionist gods!

If the upcoming session is the first of a great adventure, his omniscience requires reading a thick and rarely cheap campaign book. During the adventure, thanks to his excellent memory, he always turns to the right page to recite needed details and facts. In order to fight the worst plague among adventurers – boredom, the wise game master also invents side quests, which fit harmoniously and naturally into the world.

Truly, gamemasters are gods! They overcome every adversity that the adventurers put in their way. (Yes, that’s how it is in truth!) Our vision is thus nothing less than a sacred service to those gods. We want to give them the greatest gift that such entities, whose lifetime is limited, can only receive: Time!
We at lyniat.games believe Pen & Paper should not be a job for the game master. He must have as much fun playing the game as the adventurous player. The learning curve must be short. The search and preparation of map material must come to an end. Quests must be ready at the push of a button. And still the game master must not be restricted in any decision, after all he is a god! He should have all worlds at his disposal, all tools to shape them to his liking and all information to bring his creation to life.

Whenever I mustered the courage to share this vision with others, there were only two reactions: Stressed dungeon masters, who burst into tears at finally being understood and heard, and paralyzed skeptics, who already had a whole list of arguments ready, why this or that didn’t work. Take a handkerchief now, because I know that you are a member of the first group, …
I want to explain to you how your everyday life as a game master with Paths of Savage Gods should look like. At the beginning you decide if you want to generate only a single map (release version of PoSG) or a world map (postrelease version of PoSG). You can also set various parameters (biome: forest, grassland, sandy beach …; vegetation: dense, medium, sparse, none; towns; etc.). This will later be followed by the adventure generator, with which a whole campaign of coherent main quests can be realized. Before you start the game, take a few minutes to look at the map and the surroundings of the starting location before you meet up with the adventurer group. They will briefly introduce you to their characters and you will select a character in PoSG or import a picture of it. It is up to the players to manage their character sheets. You might already use a tool for this in your adventurer group, otherwise our ally, who I will introduce to you soon, could also help you here.
The preparations are complete. The game can begin. Now you can place the players, NPCs and monsters on the map. For this purpose, you have easily accessible and freely configurable lists at your disposal. There is also a quest log and links to rulebooks such as D&D (5e under OGL). While you as the game master have all these functions and can move all objects and players, the players can only see on their screens according to a defined view radius and can set markers (ping) to communicate with each other. Whether you use Skype, TeamSpeak, Discord or one of the numerous other programs or even sit together at the table in front of a tablet is up to your preference.

Are you a little skeptical after that? That’s fine. This article about our vision should show you what we dream about at night and what we work on during the day. Soon I’ll go into more detail about the PoSG core feature and how it works: the world generator. Also, it will soon be time to introduce you to our ally.

If you don’t want to miss all this, you might consider subscribing to our newsletter.

This website uses cookies to improve your experience while you navigate through the website. Out of these, the cookies that are categorized as necessary are stored on your browser as they are essential for the working of basic functionalities of the website. We also use third-party cookies that help us analyze and understand how you use this website. These cookies will be stored in your browser only with your consent. You also have the option to opt-out of these cookies. But opting out of some of these cookies may affect your browsing experience.
Necessary immer aktiv

Performance cookies are used to understand and analyze the key performance indexes of the website which helps in delivering a better user experience for the visitors.

Analytical cookies are used to understand how visitors interact with the website. These cookies help provide information on metrics the number of visitors, bounce rate, traffic source, etc.

Advertisement cookies are used to provide visitors with relevant ads and marketing campaigns. These cookies track visitors across websites and collect information to provide customized ads.

Other uncategorized cookies are those that are being analyzed and have not been classified into a category as yet.